Reaching the Fantasy Audience as a Fundraiser 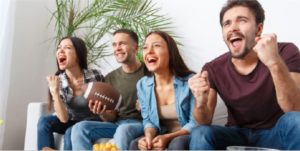 Reaching the Fantasy Audience as a Fundraiser

Fantasy players and nonprofit supporters. Is there really a crossover between those groups? Through our research and our own survey, there’s a major opportunity for nonprofits to find lifelong donors by targeting a demographic that’s already the most likely to make a charitable donation.

As for their lifestyle, fantasy players are twice as likely to have been to a sports bar in the last 30 days compared to the average American. The average fantasy fan consumes 18 hours of sports a week, on top of 9 hours of fantasy sports a week. That’s a lot of time spent tinkering your lineup! 74% of fantasy players prefer beer for an adult beverage, and they’re 47% more likely to have had a frozen pizza in the last 7 days. While that’s a rather unhealthy lifestyle, they’re also 57% more likely to belong to a gym. Have to burn off those calories somehow.

Give Game found that both players that identified as gamers, and people 18-34 were more likely to want social exposure or some sort of rewards when donating to a nonprofit. You can see the full summary here.

To read more on how you can capitalize, click here for the full GiveGame blog article on Reaching the Fantasy Audience as a Fundraiser.